Maybe I’ve been getting this whole thing wrong, good readers. Perhaps while I’ve been pulling my hair out over 4 million dollar fish tanks in church lobbies and the most expensive building campaign in American church history, what I should’ve been doing was listening to solid, reliable, extraordinarily famous and revered leaders explain what’s what. Maybe I just need a better guide through the maze of Christian superstardom and the genius of excess.

Why am I getting all bogged down with the poor and marginalized when I could be running with the bulls? So I decided to go straight to the top; no mamby-pamby middle dwellers, no mediocre Nancy boys. I sought wisdom from the crème de la crème of Christian leadership. You may know him from his world-renowned sound bytes on Twitter (@CelebrityPastor), what with his sharp wit and attention to greatness. Ladies and gentlemen, I give you an exclusive interview with: 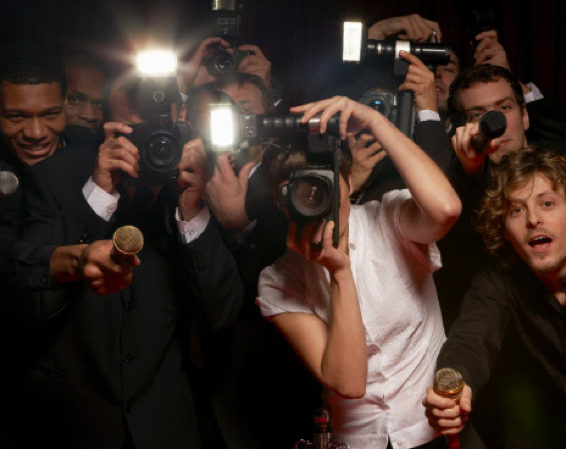 He has graciously offered us minions his time and brilliance, and we should all be grateful, for the heavens are surely smiling on us today.

CP, when did you first know you wanted to be a pastor?

I knew from the moment I was born. According to my mother (bless her soul), I actually came out of the womb holding a Bible (The Message Matrix Version). And, oddly enough, I was preaching a full-length sermon. It was obvious to everyone from a young age that I was destined for greatness of epic proportions. Plus, I was able to accurately throw a ninja star by age three.

Did you go to seminary? Or does this level of awesomeness just come naturally?

Yes I did go to a seminary: The Seminary of Hard Knocks. To be honest, your average seminary doesn’t teach you a lot of what you really need to know for pastoral ministry. For example, have you ever heard of a seminary offering a class in falconing? I think not! Or bull riding? Or fog machine use? Or how to reenact the entire ending scene of “Braveheart”? As you can see, there are some serious problems with today’s seminaries.

Describe your church to us.

What can other so-called pastors learn from you?

I think you nailed it on the head when you said, “so-called”. To be a pastor of my caliber takes a level of commitment that is usually only found in Olympic athletes. You have to be willing to go all in, to go big or go home, to kick butt now and apologize later…or possibly never. You have to be willing to do you own stunts. Pastors, are you willing to go head-to-head in a cage match with a rabid mother bear? If not, it’s time to give up the calling.

Where do you get your inspiration?

I find my inspiration in unexpected places. One weekend I took my wife, LaFonda, to the circus. I was blown away by those dudes who blow fire and swallow swords. The next week I incorporated sword swallowing into my sermon. Of course, I ended up in the hospital for a week with a deeply cut esophagus, but that’s beside the point. Inspiration is everywhere!

What’s the hardest thing about being you?

Well, keep this on the down low, but the hardest part about being me is working with my staff. As a spiritual leader of 100% Shock and Awe, I expect nothing less from my staff. Yet so often I run into road blocks. I’ll come up with a brilliant idea and my faithless elders will say something like, “We can’t do that! It’s illegal!” Or my interns will chicken out on the extreme team building, faith building exercises that I create for them, such as a trust fall off a 40 foot cliff into a fiery pit of vipers.

You’re a spiritual leader. What can you tell us to blow our minds?

I’ll give you the advice I give everyone: only follow me if you want all your hopes and dreams to come true. If you would prefer something else, I can give you the name of some churches.

Do you have any pics, memes, or icons we can use as our screensavers?

Sorry, my only picture is my icon on Twitter. Any other pictures would probably cause your screen to melt.

I don’t know about you, but I feel like I’ve been schooled. Thank you, Celebrity Pastor, thank you. You can access this brand of genius daily by following Celebrity Pastor on Twitter. If you are smart, you can also check out his book, “Shock and Awe,” (forward by Thomas Jefferson), and don’t just take my word for it:

Be sure to show your gratitude to CP in the comment section, because praise for Caesar is certainly due in this case.