Welcome. With much love, care, research, and prayer, I move onto Part 2 in a three-part series on adoption ethics. If you haven’t read Part 1, go do that. In this installment, we’re discussing ethical orphan care WITHIN adoption, and Part 3 will involve orphan care OUTSIDE of adoption.

First of all, let’s make some room. The response to Part 1 was so inspiring from the Christian community. Your commitment to due diligence, to the search for truth, to the orphan, to first families and second families was a marvel. I was proud of us. In a movement with such deep investment and high emotions, it is no small thing to embrace scrutiny and evaluation.

Room: Should we shut down adoption and invest our energies elsewhere? Emphatically, NO. I am not anti-adoption; I am anti-unethical-adoption. So many children are true orphans, have no chance at reunification, or would be in danger with their first family, and adoption is their last chance. Similarly, many first parents relinquish their kids as an act of courage and selflessness, having soberly weighed their options, landing on adoption in their child’s best interest. We applaud these moms; they are to be commended. There will always be children who genuinely need a family, and adoption is a beautiful story of redemption in those cases. 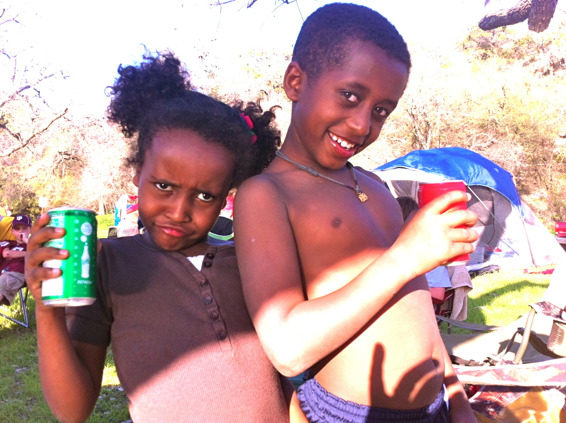 These two. FOR.
Here are the real numbers: Around the world, there are an estimated 153 million orphans who have only lost one parent (“single-orphaned”). Obviously, not all these children need adopted. Most single parents raise children valiantly in their own community and extended family. There are about 18 million orphans who have lost both parents (“double orphaned”) and are living in orphanages or on the streets. So again, I am pro-family: first families when possible, and second families when they are not.

Let’s separate the wheat from the chaff: As my friend Ryan at AWAA so perfectly put it: “If there are bad actors coercing people, paying bribes, etc., then we should not call this ‘adoption’ but ‘trafficking’. When thieves run into a bank, point a gun and steal money, we don’t call that a bank withdrawal; it’s a robbery. Our response shouldn’t be to close banks or criticize all bankers but to step up bank security. In the same way, criminal activity should be described as such and not as adoption.” (<—- Exactly. This goes to my point in Part 1 that trafficking is not a God-endorsed franchise and shouldn’t receive the same assessment as adoption. Let us step up bank security, because we should clamp down on less-frequent robberies instead of imagining that banks never attract thieves.)

Room: Should we stop adopting babies? No! Again, there are certainly babies who are either abandoned or willfully relinquished, and the less time they languish in an institution, THE BETTER. You are no villain, Baby Adopter, and many adoptive parents choose a baby to keep birth order intact or remove her from an institution early to diminish long-term effects.

It is simply this: the line for adoptable healthy babies is very long, and every last one of them will be chosen, even those not born yet. In the meantime, tens of thousands of older kids are waiting right this second. Unicef reports approximately 95% of orphans over the age of 5. So if our motivation includes mitigating the orphan crisis, then we need more parents willing to adopt older kids, sick kids, and sibling groups, including here and abroad.

Room: Adoption is as complicated as the number of people, countries, stories, and processes involved. There is no one story. What is true for China is different in Guatemala. What is happening in Ethiopia has no relevance for domestic foster care. The best we can do in a public forum like this is take a high view of adoption and insist on ethical practices, transparency, and a commitment to help and not hurt. While your personal adoption may be completely legitimate, as a community, we still must guard against systemic weak links and refuse to discredit obvious failure within the movement.

Room: Are all agencies corrupted? FOR THE LOVE. They most certainly are not. Plenty of agencies have impeccable reputations and unimpeachable staffs. They don’t deserve to all be painted with the same brush. While there are deplorable brokers supplying the pipeline illegally, unethically or even naively, it would be terribly unfair and unwise to lump them all together.

For you in serious research mode, may I point you to a series at My Fascinating Life describing best practices between the people who make decisions about the adoptability of a child, those who benefit from adoption, and those who oversee the entire process. It is a lengthy two-part series but well worth the energy, a fantastic exegesis on structural ethics. (Note: in this series, “adoption beneficiaries” includes agencies, but to be clear: I am not implying sinister motives, as no social workers or agency employees I know are rolling up in their Bentleys. We all love these kids and families. It is simply a designation for which side of the wall we are on.)

[Much thanks to the agency workers, nonprofit leaders, missionaries, and adoptive parents who have contributed to the following info. Especially grateful to Ryan Hanlon through my agency, America World, for his expertise. We burned up the internet in discussion last week, as my first email from him after Part 1 was something like “WTHHHHHHHHH???” and ended 73 emails later with some of the best material that follows. Let me tell you: when people get together who love children, love birth families and adoptive families, love community development, and love adoption, we are a powerful tribe for good.]

For those considering adoption, let’s discuss due diligence. Internationally, perhaps the primary consideration is which country. Why? Certain countries lend themselves to a more transparent process with less room for corruption. Others facilitate adoptions with virtually NO oversight by a child welfare authority, and the U.S. government has a limited role, so there is almost no process for verifying practices as ethical, which isn’t to say that they are corrupt, it’s to say that nobody has a clue if they’re corrupt.

PAPs (prospective adoptive parents) must research the adoption process in a country, specifically how a child is determined to be available for international adoption. Call multiple agencies, read the DOS website, talk to adoptive families that have gone through the process. In general, Hague Convention Countries have more safeguards in place than non-Convention countries (exceptions apply). In general, the more the foreign country’s government controls the process (especially the matching process) instead of an agency, attorney or orphanage, there is less room for corruption. Although frustrating, the slower and more thorough a country is, the better. If they place a premium on reunification and in-country placements and insist on exhaustive investigations to approve an international placement, we say AMEN and commit to wait.

Second, with such enormous trust placed in agencies as mediators, this is no place for naivety. Once you’ve chosen a country, next find an agency with best practices in that country, because an agency has different levels of experience, staffing, knowledge and resources in every country they work, even if they run multiple programs.

Although this varies from country to country, some general questions to ask of agencies:

Red flags for agencies in terms of in-country partners:

I would heavily discourage independent adoptions. I know they are faster and smoother and maybe the only possibility in certain countries, but we want more oversight, not less in international adoption. The more people, systems, and organization in place, the higher the accountability, and I cannot stress this enough: we want the highest possible accountability here. If adoptions are not possible through formal channels, there is probably a reason. This ball is in our court, PAPs. Of the few things we can control, this is one.

This post is infinity long, and I’ve left out so much. Note: you cannot take one blog as your guide. You must do your own research, suss out the truth, ask, study, investigate, Google, dig, push, insist on clarity. Agencies operating above board will welcome your questions, because we all want the same thing: first family preservation if possible, and families for truly orphaned children when it isn’t. Adoption is an answer to a tragedy that has already happened, but may it never be the impetus for one that hasn’t.

In Part 3, we will discuss orphan care outside of adoption, and I can hardly wait. Thank you for sharing your stories this last week. I’ve treasured them, prayed for you, asked God to infuse us all with courage and humility, and begged for His kingdom to come.

What can you add? The power in our collective conversation here cannot be overstated. What have you learned? What have I omitted?  Thank you in advance for filling in gaps with foster and domestic scenarios. So grateful for you.