Series 45: For the Love of Dating Sex and Relationships | Episode 05

When a Long-Term Relationship Ends, Where Do You Begin Again? Ft. Laura Stassi 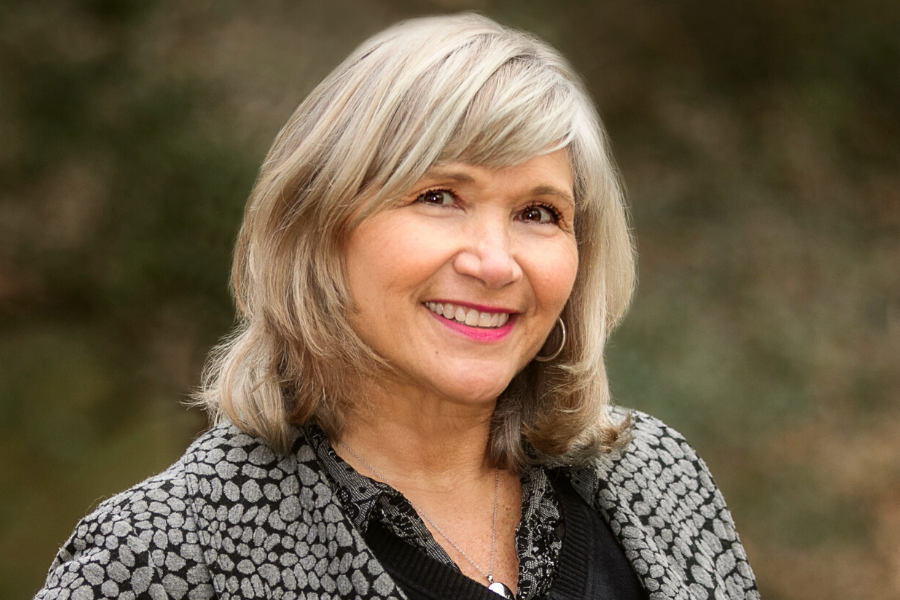 Producer’s Note: Mature subject matter around sex is discussed in this episode.

We’re covering it all in our Relationships, Sex and Dating series, and this week’s episode has a twist. It’s not all flowers, heart emojis, and adrenaline when it comes to love and relationships–finding them, keeping them, growing them. Some of us have done all those things–possibly for many years–and yet for many reasons, find ourselves thrust back into the dating pool after divorce, or death, or when a long term relationship ends. And maybe we never thought we’d have to look to find love again after so many years of being in a relationship. It’s unexpected, it’s disappointing and disorienting. We’ve become strangers in a strange land. Fortunately, we have a guest this week who is going to help map us through that strange land and her name is Laura Stassi.  Laura was married for 30 years and went through what researchers have labeled “gray divorce.” As she started to come out of the daze that can set in when your life is completely uprooted in this way–she began to realize that there were a lot more people that had been through the same thing than she had ever imagined. In fact, it’s a worldwide trend. As she noticed that she was in plentiful company with others who were coming out of long term partnerships and trying to figure out what was next, she set her mind to research and that research eventually turned into a popular public radio backed podcast called “Dating While Gray.”  Laura and Jen get into it all; How do you navigate today’s world of dating when men and women have thousands of options to choose from via dating apps? What’s it like to have sex with someone new after having sex with the same person for many years? How do you handle finances when you’re both grown ups with assets and income?  Find these answers and more from both Laura’s and Jen’s experience, plus a little encouragement that when you’re truly open to new possibilities, the world can open up for you in amazing ways. 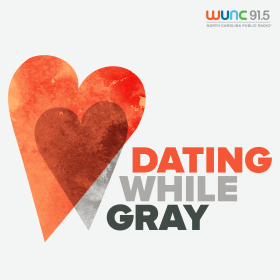 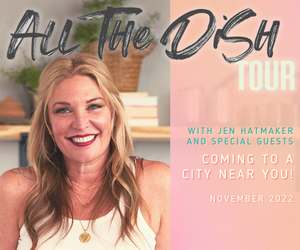 Jen is going on tour! Find your city and get your tickets at jenhatmaker.com. 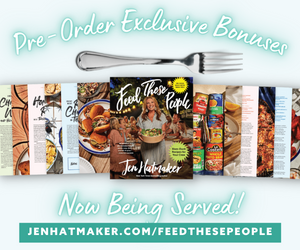 Pre-order Feed These People before 10/18/2022 and get access to extra recipes, cooking videos & more at jenhatmaker.com/feedthesepeople.

Hey, everybody. Jen Hatmaker here, your host of the For The Love podcast. Welcome to the show. Gosh, I’m really glad you’re here today. We are in a series called For The Love of Dating, Sex and Relationships. What’s fun about podcasting y’all, is that when you’re the host, you get to choose topics that apply to your life in the moment. As I was ruminating about what to talk about in these summer months, I thought, “You know what? I’m hitting the two-year mark of being separated and eventually divorced after 26 years marriage.” Over on social media, we’ve talked about this and on other For The Love episodes with friends and experts. You know that I got married as a teenager, literally, I was 19. Then, after 26 years of marriage, I was on my own. I didn’t even know what I didn’t know.

In some ways I didn’t know parts of my own self. Certainly, I didn’t know about dating. There was a ton I didn’t know. I had to figure out bills, and money, and just being in charge of myself in every category, having agency over all of my life and wellbeing, not just my heart and relationships and my kids. It was just a quagmire for a while. All that to say, getting back into the dating scene was barely on my radar. I stayed out and I didn’t have an entry point like I thought I was going to. As you know, I’ve talked about it, but Tyler and I were just very casually and surprisingly connected from a mutual friend. We have the same publicist and we were in New York at the same time.

We wanted to go see the same show that night, and she’s like, “Well, this is weird. The two of you are here in New York by yourself. You’re going to the same show. Why don’t I connect you?” Thus, it went, and so lo and behold, we started texting and then we started talking on the phone, and then we started FaceTiming, and I hate this word, it’s been so [inaudible 00:03:17], but it almost felt like courting, because he doesn’t live here, lives in Nashville. We literally got to know each other the old fashioned way. Now, we’re in love, but it’s all been so radically different at this stage of life, because we’re grownups.

We each have a lot of life behind us, and the person entering into dating this time, me, I’m not a barely out of high school, moody teenager in love for the first time. I’m 47, I’m newly therapised, I’m in my own body. I have agency over my own life. I really am whole by myself, and I wanted to be that way. I’m not even saying there is one way to do this. I’m really not. I have too many friends, too many stories of falling in love and making a good connection in a different way. But for me, I knew I had to figure out that I’m okay by myself, and that I’m not just going to reattach to another person because I need them. I’m only going to do that when I don’t need them, I only want them.

However long that takes, and I wasn’t in the dating world when I met Tyler. I wasn’t doing it. I accidentally started dating. But so many of you either have been where I am or you’re there now or somebody that you love is. In fact, I know this because you talk about this to me, and our community is really open and honest with each other. This is not a place for the faint of heart, dear ones. Dating after a significant relationship has ended or a marriage has ended or a partner dies. It can feel unfathomable, so I really wanted to get some advice from a guest who’s been there herself and also has made it basically her mission on earth to crack this nut of dating in a more mature season of life.

Today, I have Laura Stassi on the show. Laura was married for 30 years and went through what

researchers have called a gray divorce, as in like gray hair, gray divorce. She started to come out of the haze and days that can set in when your life is completely uprooted in this way and at this time, like in the season, and started to realize there were a lot more people that had been through the same thing than she ever imagined.

This is common. In fact, it’s a worldwide trend. In some other countries, it’s called silver splitting. As she noticed that she was in plentiful company with other men and women who were coming out of long term partnerships or marriages and trying to figure out what was next, she set her mind to research. That research eventually turned into a very popular public radio backed podcast called Dating While Gray. She’s going to talk about the creation of that space in this episode. By the way, unless you think we’re only camping on issues unique to those of us who are here in the middle or beyond, Laura tackles so many dating topics that are frankly relevant to every generation, literally.

These are good best practices even if you’re just starting out. She talks about dating across differences, including age, interests, race, all kinds of things, which piques my interest, obviously. We talk about how to discuss finances when you’re dating as a mature adult. We’re going to talk about, toward the end of this episode, sex and what it’s like to introduce sex with a new partner or more than one partner, if you find yourself single, and how to set yourself up for success there. Then, even the possibility of deciding to remain single, which is a very real choice.

It’s not a lesser choice and it’s not a bad choice. Tons of people are doing it. We really plum the depths here, and I loved everything she had to say, obviously personally, but also I was thinking about you, listener, and what good guardrail she was putting up and standards and ideas and approaches and just demystified the whole thing. I just thought, “Look, there’s a bunch of us here. There’s a bunch of us here doing this and it can be wonderful and it can be exciting and this can be one of the greatest seasons of our life.” I hope this is helpful for you too.

I am so pleased to share my conversation with the absolutely wonderful Laura Stassi. 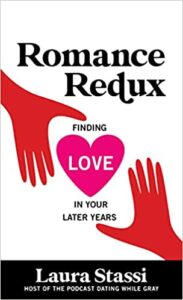