Series 08: For the Love of Exploring Our Faith

What about racism? Sexuality? The evangelical church? What about doctrine and theology? Best practices and faithfulness? What about the church in the Age of Trump? What about when we don’t agree? All this and more in our new series “For the Love of Exploring our Faith.” We’ve invited spiritual leaders from every denomination and ideology, so if you don’t like one, just come back the next week and hear another perspective. We’re asking hard questions and exploring difficult spaces with some of the smartest, wisest, most faithful leaders of our day. This series is thought-provoking and unfiltered, and I can’t wait to share it with you. 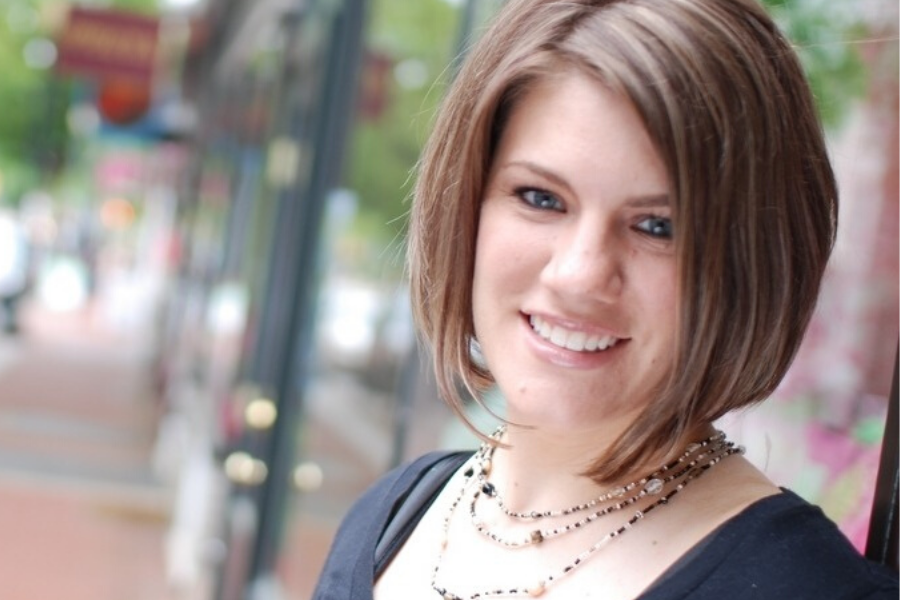 Loving, Leaving, and Finding the Church with Rachel Held Evans

This week we’re coming in strong in our For the Love of Exploring our Faith series with New York Times bestselling author, speaker and self-proclaimed “Bible Nerd,” Rachel Held Evans. Rachel’s writings have resonated with many of us who have walked through doubts, questions and concerns about faith and religion. Rachel shows how the Bible can hold up to our fiercest questions, our strongest doubts and the most significant of disagreements.  She encourages us that “God is not a God of self-improvement plans and 10 steps. Ours is a God of death and resurrection—and that God can take anything and bring it to life.” NOTE: This interview was conducted while Rachel, 9 months pregnant, was having contractions at a minute a part—and although we were hoping for an on-air podcast baby arrival,… 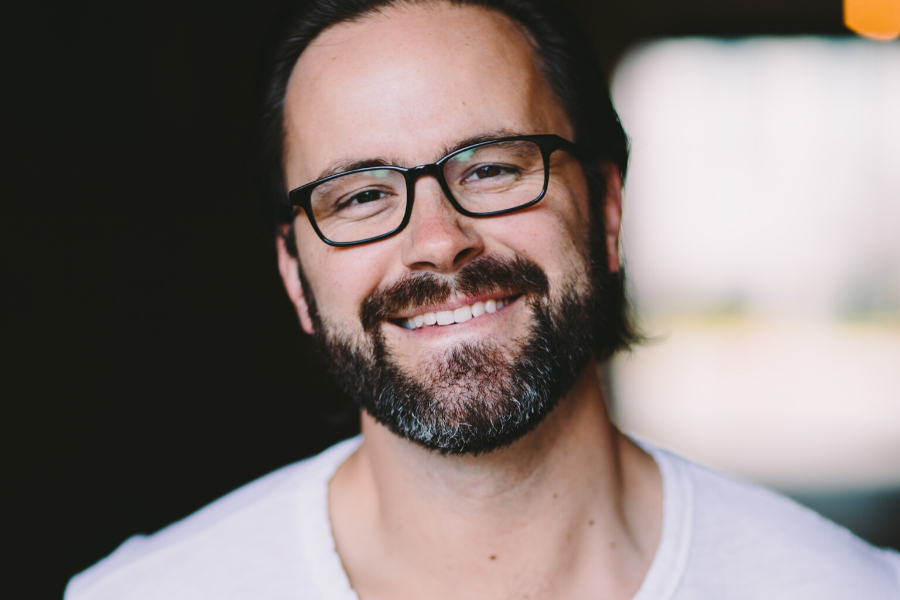 Advocating For Humanity: Blue Babies Pink’s Brett Trapp On Reconciling (and Honoring) Who He Is

It’s the final episode in the “For the Love of Exploring Our Faith” series, and you guys begged to hear from this week’s guest. Not that we blame you—we love him, too! Brett Trapp is a marketing consultant and storyteller who lives in Atlanta’s Cabbagetown neighborhood. The son of a Southern Baptist preacher from small-town Alabama, for more than a decade Brett kept a journal on being Christian and being gay. One morning in 2016, Brett hopped on Facebook and began sharing the story he had been writing privately for so long. In his forty-four-part series, Blue Babies Pink, Brett recounts his journey of growing up, coming out, and reconciling his faith. It’s equal parts whimsical, harrowing, hilarious, and wise. 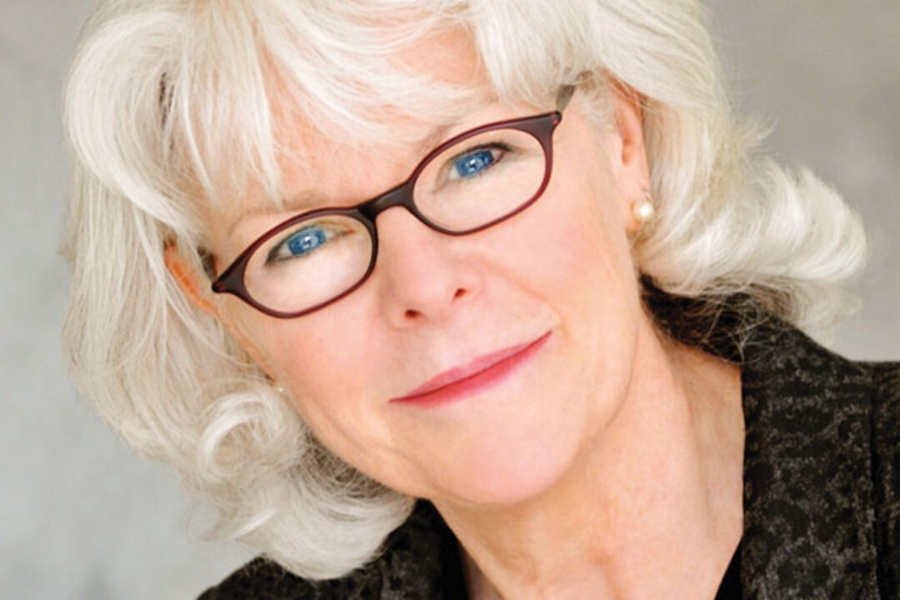 Learning to Walk in the Dark with Barbara Brown Taylor

What is saving our life right now? Having the matriarch of our favorite question as part of our “Exploring Our Faith” series this week! Barbara Brown Taylor is a New York Times best-selling author, teacher, and Episcopal priest. Her last book, Learning to Walk in the Dark (2014), was featured on the cover of TIME magazine.  In 2014. TIME also included her on its annual list of Most Influential People.  Long a favorite author of Jen’s, Barbara has a unique way of sharing essential truths about beauty and about God, and shows us that it cannot be contained inside any walls that people build. Her view is that Jesus “placed higher value on human relationships than on religion. He never told his followers to love their religion—just their neighbors, their enemies, and… 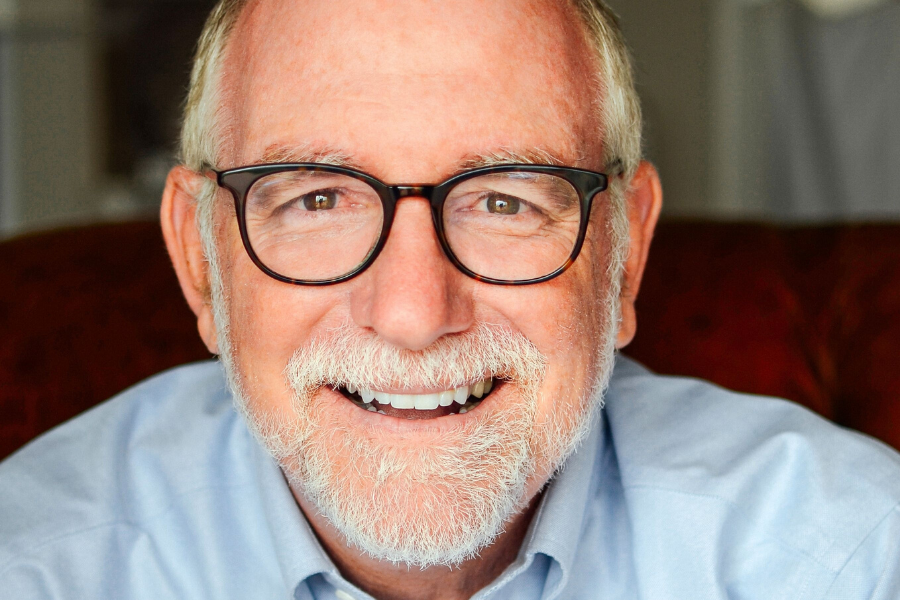 “Me? Love Them?” Loving Everybody Always with Bob Goff

We’re 5 episodes into our “For the Love of Exploring Our Faith” Series and the Christian guru of love himself, Bob Goff, joins Jen on the show this week. Bob’s journey has been one of taking risks, defying norms, and living by faith. A self-proclaimed “recovering lawyer,” Bob left his practice after 25 years to embark on a path of love. He wrote a book about his journey to and from that point called Everybody Always which became a staple to Christians (and others) about what it means to put love into action. Bob and his wife Maria have demonstrated that “love in action” to Jen and Brandon’s family over the years, and they discuss what it looks like to be present and sacrificial in our relationship with others (that includes the… 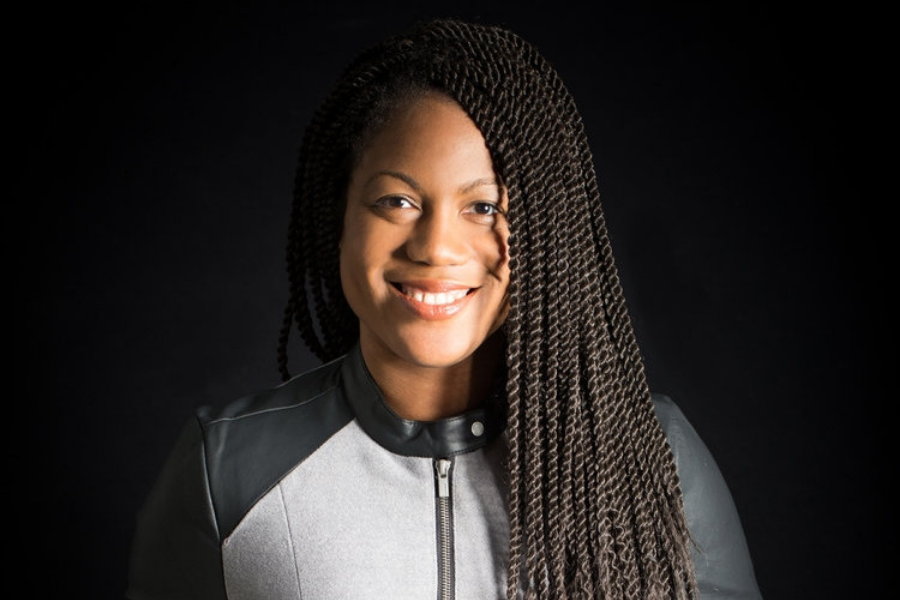 Knowing Where You’ve Been To Get Where We’re Going: Austin Channing Brown

We continue to explore our faith in Eps 4 of this series with writer and speaker Austin Channing Brown. Austin is a practitioner who helps schools, nonprofits, and religious organizations confront racism and practice genuine inclusion. Her writing has appeared in outlets like Christianity Today, Relevant, Sojourners, and The Christian Century. Austin insists that to make significant strides, “We have to know where we’ve been—before we can figure out where it is we’re going.” Austin and Jen wrestle through a tough review of America’s history of racial division and discuss meaningful next steps toward repentance, equality, and healing. “We all can do something, and it’s our job to figure out what that something is, and let that lead to more somethings.” You won’t want to miss this one.  ​ 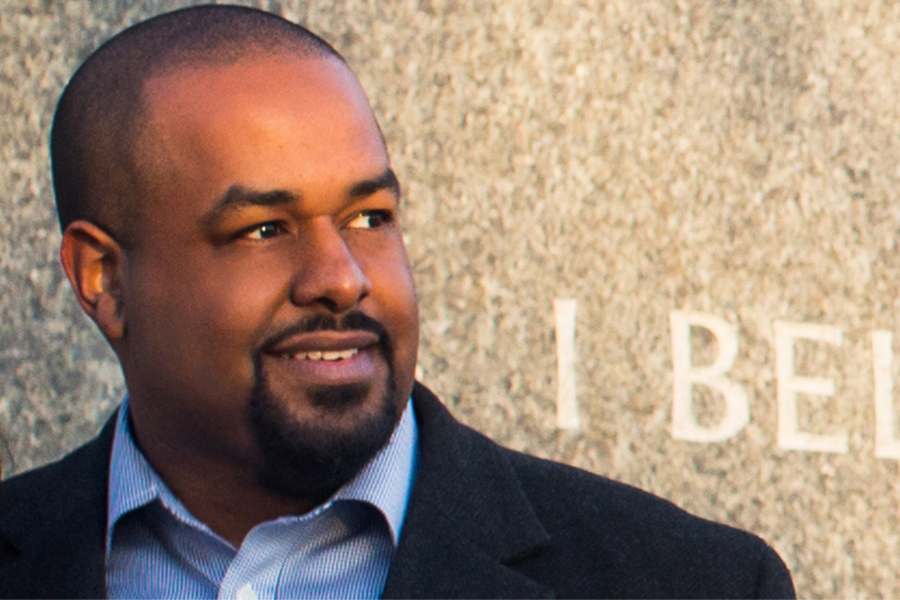 Our powerful series “For the Love of Exploring Our Faith” continues with author, community leader and story-teller Josh DuBois. Josh has had the unique role of being “The President’s Pastor In Chief” during Barack Obama’s early years of presidency. He spearheaded important work on responsible fatherhood, grassroots community partnerships and foreign affairs. From there, he’s dedicated his life to help companies, individuals and communities navigate tough issues related to race and religion. He uses his platform to support dramatic and documentary films that tells stories that bridge the divides around racial issues and religion. He gives an inside view into the Obama administration and the commitment to faith he found from the first family during his tenure with the White House. 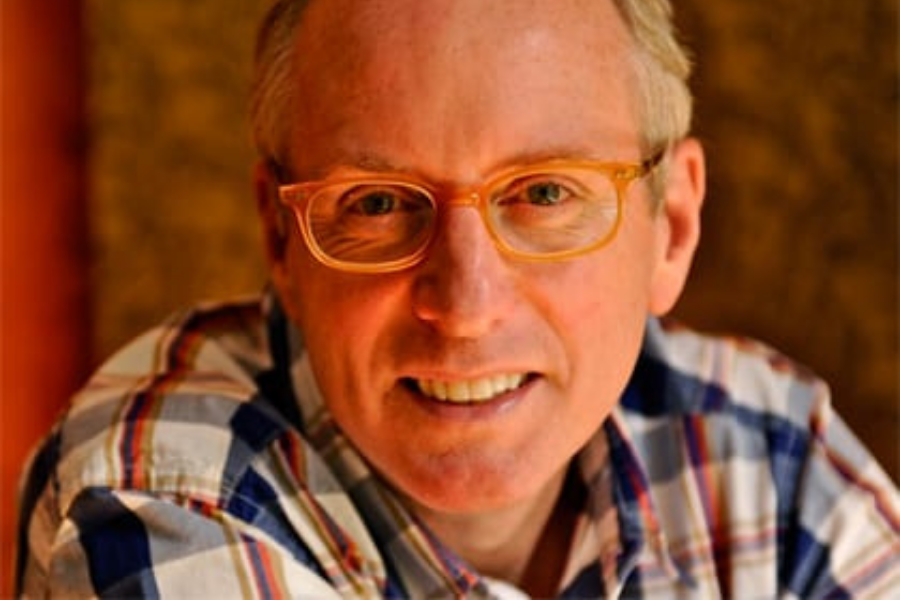 The Enneagram has surged back into popular culture the last couple of years. This personality test is marked by its unique (and ancient) principles that help us better understand ourselves.  Unless you’ve been under a rock, you’ve probably heard “number thumpers” talk in terms of their type; “Oh, that is totally such a ‘seven’ thing to say.’” Therapist, Episcopal priest, speaker and Enneagram expert Ian Morgan Cron joins us for Eps 2 of For the Love of Exploring Our Faith. Ian walks us through this “journey of self” that he says “ups the self-awareness quotient in human beings, which is—particularly in faith communities—a sorely overlooked discipline. Think about what Calvin said; ‘without knowledge of self, there is no knowledge of God.’”  The Enneagram helps us relate to others with more compassion as… 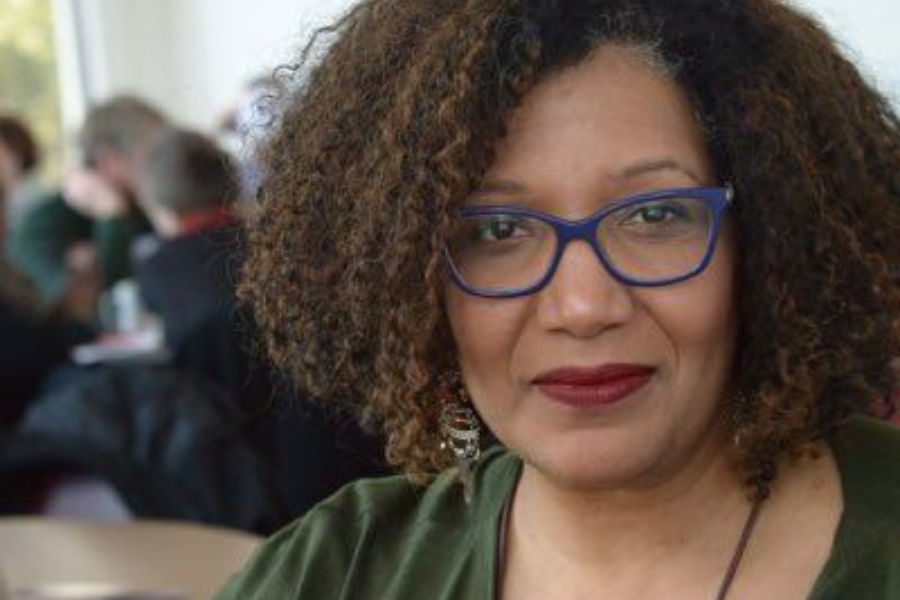 We have a powerful start to a brand-new series: For the Love of Exploring Our Faith. Speaker, writer and activist Lisa Sharon Harper comes from a long line of Americans—African-Americans who have been in America since 1687. Slavery existed in her family. Lisa wrestles with the Good News of the Gospel and how that translates to folks who have been victims of race motivated atrocities—from people who claimed that Gospel as their truth. She walks us through the history of evangelism and where some things got twisted. Prepare to be schooled and to take in some eye-opening information (pen and paper at the ready!) because Lisa breaks it down for us with the meanings of original Hebrew writings and shows us the truth of what God intended His Kingdom to be–“ALL blessing…